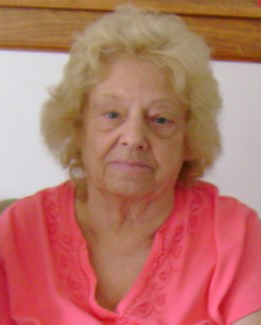 Arlene Virginia Shears was raised by her grandparents in Kalamazoo, Michigan, for much of her happy childhood. She was also raised by her parents Richard and Lorena Collins in Kalkaska, Michigan, graduating from Kalkaska High School in 1953. She later married Frank Wrogg from Connecticut. The marriage produced four children: Charlene, Douglas, Frank and Michael. After developing a difficult illness, Arlene lived and worked on her own, later marrying her second husband Richard Shears in 1972. They were very happy together, and Richard Shears cared deeply about Arlene. After his passing in 2001, Arlene lived by herself and in care facilities until her passing on March 21, 2020.

Arlene was a wonderful daughter, wife, niece, mother, mother-in-law, grandmother and great-grandmother, always remembering her family with special cards and treating everyone with respect and kindness. She truly enjoyed family gatherings and had a special relationship with her aunt Isabelle Keeley, who was a steady companion and foundation throughout her life.

Arlene was preceded in death by her father Richard Collins in 1983, her first husband Frank Wrogg, her second husband Richard Shears in 2001 and her mother Lorena Austin in 2000.

We say goodbye to Arlene Virginia Shears, beloved daughter, niece, wife, mother, mother-in-law, grandmother and great-grandmother, a truly kindred and loving spirit, who didn't let her ailments stand in the way of caring about others, especially her children and grandchildren but also animals, who were always dear to her heart. She knew how to enjoy the simple things in life - flowers, sunshine, her family, picnics and pets. She was a faithful supporter of the Humane Society. The family would like to especially thank Isabelle Keeley for all the help she extended to Arlene over the years.

Please visit Arlene's online guest book to leave a condolence, personal message or memory of her at https://www.langelands.com

To send flowers to the family or plant a tree in memory of Arlene Virginia (Collins) Shears, please visit our floral store.

You can still show your support by sending flowers directly to the family, or by planting a memorial tree in the memory of Arlene Virginia (Collins) Shears
Share a memory
© 2020 Langeland Family Funeral Homes, Inc.. All Rights Reserved. Funeral Home website by CFS