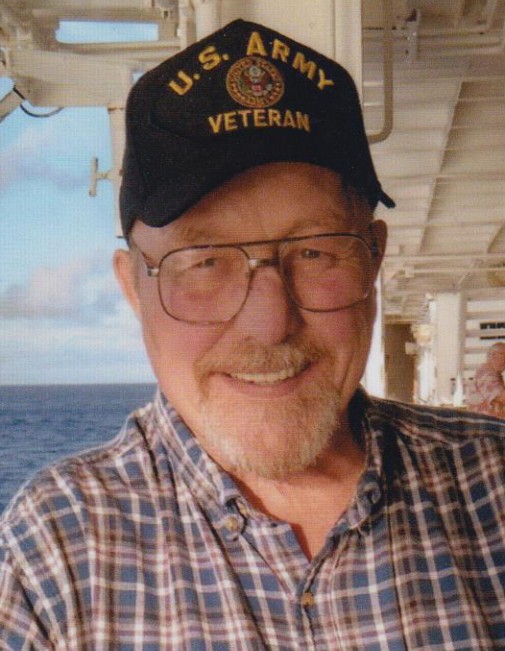 Robert Duffin, 70, passed away on Friday, September 6, 2019. He was born August 3, 1949 in Kalamazoo to Arthur and Rosella "Dolly" (Labadie) Duffin. Bob was united in marriage to Marcia Sportel on April 24, 1981. He served in the U.S. Army from January of 1970 until honorably discharged in October of 1972. Bob's hobbies included golfing, in which he had two holes-in-one, camping and fishing. His favorite past-time was wood working and especially building decks. Bob is survived by his wife, Marcia Duffin; children, Lori (Austin Goodrich) Duffin and Matthew Duffin; 3 grandchildren, Austin, Allie and Logan; god-daughter, Ellorie; sister, Sharon (Dave) Meadows; and many nieces and nephews. He was preceded in death by his parents; and half-brother, William Pond. The family will greet friends on Wednesday, September 11th from 6-8 pm at Langeland Family Funeral Homes Burial & Cremation Services, 145 W. Battle Creek St., Galesburg, MI 49053. A memorial service will take place Thursday, September 12th, 1:00 pm at Country Christian Evangelical Free Church, 9286 South 36th St., Scotts, MI 49088, where the family will greet friends from 12-1:00 pm just prior to the service. A private interment will take place at Ft. Custer National Cemetery. Memorial donations may be directed to the church or to Rose Arbor Hospice Care. To view Robert's personalized web page, please visit https://www.langelands.com.