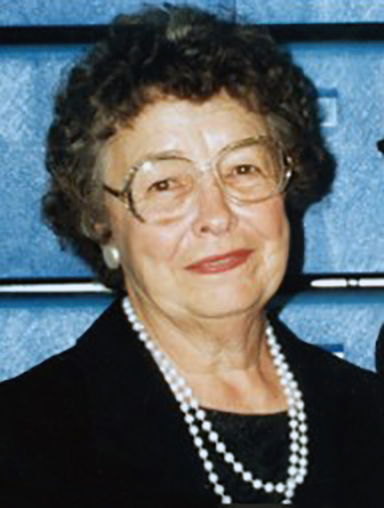 Passed away Tuesday November 5, 2019 at her home. Maxine was born June 9, 1924 in Kalamazoo, MI the daughter of the late Nicholas and Helen (Keller) Stermer. She was born third of seven children. On June 26, 1948 she was united in marriage to her loving husband Clarence who preceded her in death on September 16, 2018.
Maxine graduated from St. Augustine's high school in Kalamazoo, MI and attended two years at Western State Normal School, now known as Western Michigan University where she studied typing and short hand hoping to become a secretary. After graduation, she worked as a bookkeeper for Sutherland Paper Company, Ingersoll (where they made Amphibious tanks during WW II) then Shepherd Fuel Company post WWII.
Maxine was co-owner of Miller Excavating until she and Clarence retired in their 80's. In addition to the business, together they farmed over 100 acres of land and raised beef cattle. Rarely did you see one without the other during their 70 years of marriage be that in business, farming and after hours as regulars at the dance scenes at the local American Legion, VFW and Jammin held at the Scotts Community Center.

The community remembers Maxine as the local 4-H and Girl Scout Leader that taught young women how to bake, sew and knit. In the family, Maxine was the nucleus and creating memories was her legacy. She orchestrated family dinners for each family member's birthday and made homemade ice cream to make the memory complete. Over the years, Maxine created hundreds of photo albums and kept journals ensuring each and every event was captured. She organized and hosted the annual neighborhood euchre tournament complete with a coveted trophy in which Maxine often won. This earned her the title by Clarence as "the luckiest card player." Maxine scheduled the annual family reunions for both sides of the family and mailed reminders or called every member of the large extended family to ensure they would be attending. Sundays in the summer were reserved for family fun times at their lake property on Indian Lake in Vicksburg. A memory held dear to immediate and extended family. Regardless of the demands of the day, she rarely missed any sports games or any activity for that matter that her children, grandchildren and great-grandchildren participated in.