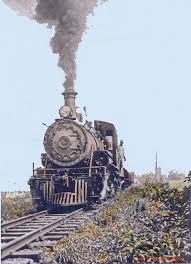 Henry "Hank" Girr, age 83 of Kalamazoo, died unexpectedly at his home January 12, 2020. He was born July 9, 1936, in Bronx, New York, the son of Henry and Erna (Hoehne) Girr. Hank married Gertrude Palm on November 28, 1959. They are members of Trinity Lutheran Church in Kalamazoo. He retired as the Plant Manager of The Coca Cola Foods in Paw Paw in 1992. He was an avid railroader and a fan of the MA & PA Railroad. Hank is survived by his wife of 60 years, Gertrude Girr; his children: Lisabet Girr, Peter Girr, and Susan Girr; his four grandchildren and four great-grandchildren. Following his wishes he will be cremated and an inurnment will be held in Westwood, New Jersey, in the spring. In lieu of flowers, the family suggests memorials be directed to Loaves and Fishes. Please visit Hank's webpage for directions, online guest book or to leave a condolence. https://www.langelands.com

A service summary is not available