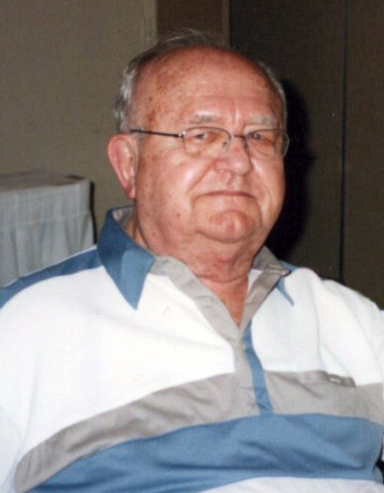 Died on Wednesday, April 18, 2019. Age 94. Ernest was born in Shoals, Indiana on May 23, 1924, the son of the late Cecil Shaw and Zora Gray Shaw. He served his country in the United States Navy during World War II. He attended Indiana State University, where he received his Bachelors Degree in Education. He then attended Western Michigan University, where he received his Masters Degree in School Administration. Ernest began his career in North Judson Indiana as a sixth grade teacher. He then came to Kalamazoo where he was a teacher and principal. He completed his career serving as Superintendent for the Lawrence School District and Van Buren Intermediate School Systems. He was a former member of Chapel Hill Methodist Church and Lighthouse Community Church. Ernest is survived by his loving wife of nearly 72 years, Gloria Janice (Hamilton) Shaw. They were united in marriage on July 27, 1947. He is survived by their three children, Michael J. (Rainelle) Shaw of Lawrence, Rhonda Herron of Lawrence and Bradley Jon (Fran) Shaw of Kalamazoo; eleven grandchildren; sixteen great-grandchildren; and in-laws, Franklin Hamilton and Joyce Kerns. Friends may visit with the family from 5-7 p.m. on Wednesday, April 24, 2019 at the Langeland Family Funeral Homes, 3926 S. 9th St., Kalamazoo, MI 49009. The funeral service will be held at 11 a.m. on Thursday, April 25, 2019 at Lighthouse Community Church, 4321 S. 11th St., Kalamazoo, MI 49009, officiated by Pastor Bruce Howell. A committal service with full military honors will follow the funeral service at 1:30 p.m. on Thursday at Ft. Custer National Cemetery, 15501 Dickman Rd., Augusta, MI 49012. In lieu of flowers, memorial contributions may be given to Hospice Care of Southwest Michigan. Please visit Ernest's personalized web page at http://www.langelands.com to sign the on-line guest book or leave messages for the family.

To plant a tree in memory of Ernest James Shaw, please visit our tribute store.